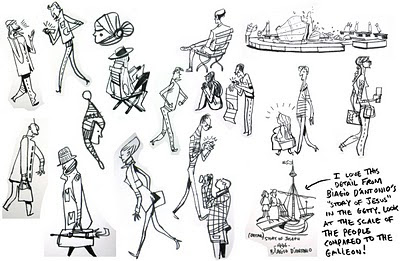 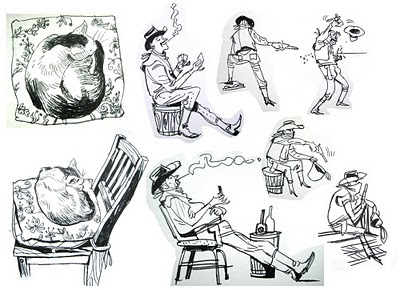 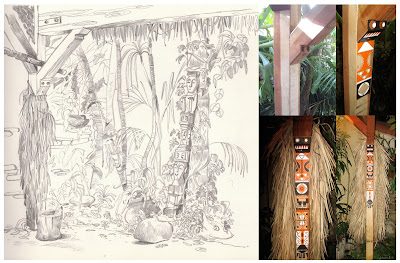 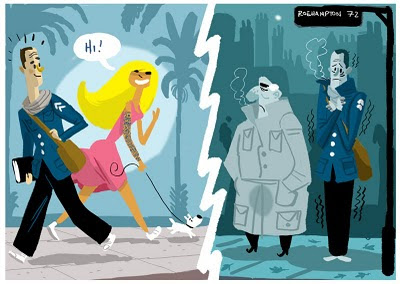 Reality appears to hurt but is a good state for the mind, if you are an artist that is. Goya suggested that “the dream of reason produces monsters”. I like it. It is a bit like a Wickyleak for the soul.
Welcome back!

Wonderful story and sketches as always. One day I'm going to steal your magic 'see everything like it's the fifties' glasses.

You neglected to mention the RAIN!!

I guess so Oscar!

I would definitely choose to stand next to a man with a strange stain on the front of his coat rather than a Californian blond.

Thanks Stefan- I do wear other glasses from time to time.

Matt- I completely forgot the rain, because when I'm with you there's always sunshine.

Even when I've had a WikiLeak?

Dang! There I was at my table, little more than spitting distance from Mr. Jones and didn't get to meet you. Perhaps during another trip across the pond to a following CTN.

Drake I'm sorry- I took a few tours around the booths so it's unfortunate we didn't meet. I hope the event went well for you!

That last piece captures our situation perfectly, from the gorgeous eager women to the freezing grey miserable faces can be a depressing experience...

It was just a shock to have people you've never met say hello to you as you walk down the street!

Ah ! Hammersmith bus depot, that is where the real glamour hides out.